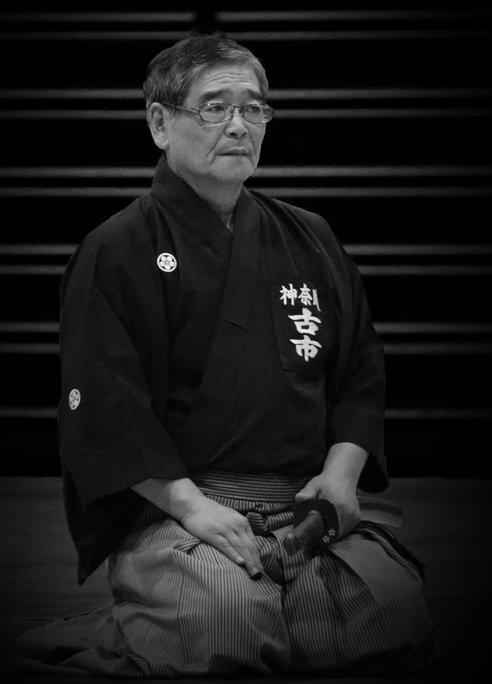 In 1963, he starts practicing iaido and kendo under

the teaching of One Ichiro sensei, hanshi, 8th dan,

in the prefecture of Ibaraki,

until university graduation in march 1974.

In april 1975, he starts teaching iaido at Tokai University

in Kanagawa, and is still doing so nowadays. Between 1977 and 1979, he follows Izawa Zensaku sensei, hanshi 8th dan, from the prefecture of Kanagawa, until his death, in 1979.

In 1989, he starts Shōshikai Budo Juku in the prefecture of Kanagawa, where he is still teaching today.

Furuichi sensei regularly organizes seminars in Belgium, Italy, Germany, Greece and Poland. In August 2012, he has authorized the constitution of the Shōshikai Belgium  and became its technical director.